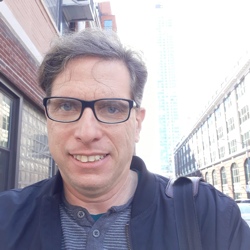 Hi. I am a husband and father of three from Queens. I have two masters degrees, in Urban Planning and Secondary Education. I have had a lot of different jobs, but now I’m pursuing a career as a social studies teacher, and of course also as a fiction writer.

I created a superhero called Ms. Infinity. She is a very powerful superhero, an alien refugee from a distant planet, who works a low-paying retail job in her secret identity, Bonnie Boring. There are three Ms. Infinity books so far. I’m working on the fourth.

3) Why did you take up writing?

I had an idea for a superhero that was with me for a long time. One day I sat down thinking I would just bang out a few ideas. Then I just kept writing. Next thing I knew, I was sixty pages into this thing, and not even half done. I couldn’t believe I was writing a novel!

4) What inspires your story ideas?

Ms. Infinity came from a few places. As a lifelong fan of Wonder Woman, I was frustrated with the direction of the comics, and I started thinking about how I might create a superhero from scratch. Then after my urban planning career turned pretty much turned to disappointment, I had a second job in a grocery store. I got this idea for a powerful superwoman with a low-paying job as a cashier. Once I began actually writing the story, I found that her characterization was influenced increasingly by my wife, who after all is the superhero in my life.

5) What do you enjoy most about being an author/ writing?

I love that you can make anything happen. Anything is possible in writing, literally anything. I created a superwoman with powers that are off the charts, and I don’t even need a special effects budget. But you also get close to the make-believe. My characters kind of started out like action figures, in a matter of speaking, just make believe figures. But then they slowly became real to me.

The other part is that, like all writers, I can express things that I can’t elsewhere. Ms. Infinity is also about life’s many disappointments. This came out of a lot of defeats in the career world. I mean, I’m on my third career—or third AND fourth if you throw in writing.

6) What do you find most challenging about being an author/ writing?

Above all, marketing! It’s extremely hard to sell a book.

7) What are you most proud of in your writing career so far?

At the end of the day, I’m proud of the simple fact that I’ve done this. I have created this character with an extensive mythology and a great supporting cast. Whether this sells or not, it’s a big accomplishment.

8) Are you an indie author or traditionally published? How have you found the experience?

I am indie, totally self-published. To be perfectly honest, I chose that mainly because I didn’t know any other way. I really came into this ass-backwards. But now that I know more, I don’t regret it. Since I write a superhero, this is a character and a mythology that I want to have control over. I would hate to have to need a publisher’s permission. I write Ms. Infinity when and as I see fit. That’s how I want it.

9) What advice would you give to aspiring writers?

Above all, whatever you create, do it with a straight face. No matter how fanciful your creation, you have to believe in it one thousand percent. If you don’t, no one else will.

10) If you could meet any author living or passed, who would it be and why?

It would be pretty cool to meet J.R.R. Tolkien. I would probably be needling him, asking for details about The Shire that were never written. 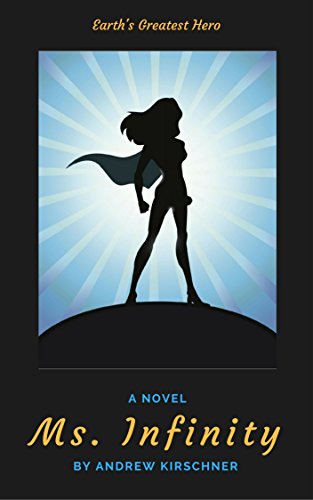 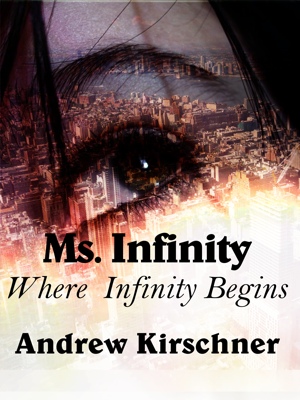