Fresh from the release of Another Round, the thrilling sequel to his debut novel Presidential Spirits, Dan Coonan drops by to talk all things writing and following his passion!

My two novels both involve US presidents who can interact with all of their predecessors in a mystical, centuries-old saloon at night. Together they are like a political Field of Dreams, with a touch of Midnight in Paris.

I had barely finished writing the first few chapters of  the first one  when it first dawned on me that I would be doing this again. Not because I thought I’d sell a lot of books or that I had such compelling stories to share, but because I loved it. So much. It’s the journey, not the destination—although I like that too. 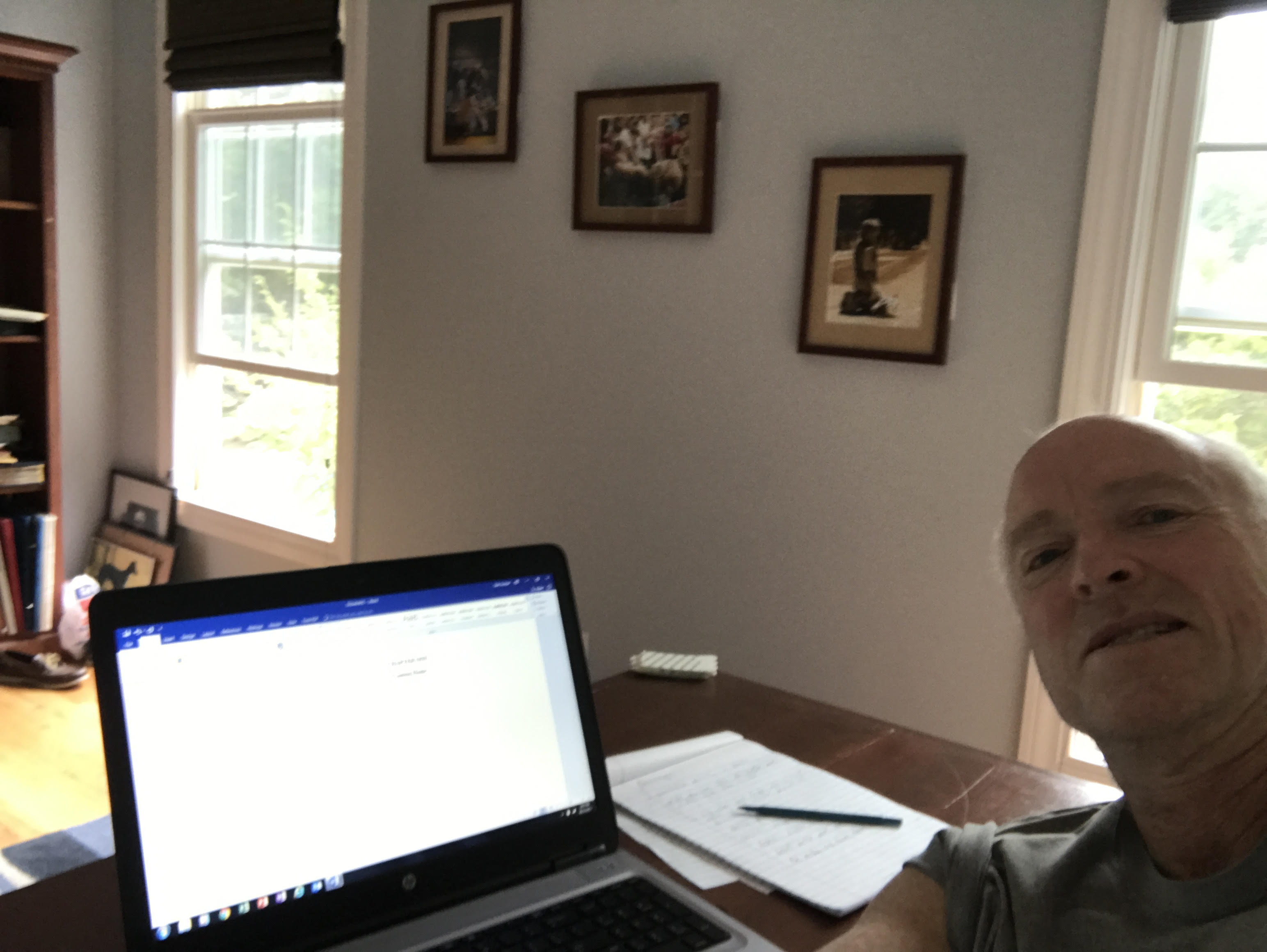 August 12, 2017: Day One, Chapter One of my literary journey. A few scribbled notes, an empty screen and an audacious dream. I paused to snap this photo.

And while I was certain I’d write another, initially at least I was not inclined towards a sequel. I didn’t set out to write this as a series. I was happy with the first one, how it ended, and the message it conveyed, and didn’t think I left anything on the table, as we’d say in my life as a fundraiser. And I had no shortage of other novel ideas.

But I began to reevaluate that when I started doing bookclub events and began hearing from some of the people who related most to that novel. So many asked me to do a sequel. All that was wonderfully flattering, of course, and prompted me to start thinking about it more and more. The two stories that most inspired this—Field of Dreams and Midnight in Paris—are two of my favorite movies, and I’ve often wished they had sequels. That can be tricky though. I didn’t want to even begin without a really compelling concept for a story that I loved, and I didn’t want to detract in any way from the first. And if I was going to spend a thousand hours on it, I wanted to absolutely believe in it, and convey a message that is not merely a regurgitation of everything about the first.

The introductory video for Another Round at the US Capitol for my youtube channel.

I started jotting down ideas and sketching out plotlines. After a full three months of brainstorming, I arrived at what I considered a compelling narrative that I really loved and decided to give it a shot. Another Round of Presidential Spirits was born. Then came the truest indication that I was doing the right thing—I had that same feeling come over me as I was writing each day that this was precisely what I needed to be doing. Once again, I felt that regardless of whether I finish, or how it gets placed, or whether it sells as well as the first one, this is exactly what I needed to be doing. And if you’re wondering why this one is longer than the first it’s because I just didn’t want it to end.

The University of Notre Dame (my alma mater) hosted a booksigning before the USC/Notre Dame football game and it continued at the tailgater.

I don’t know if it would be different for any other type of story, but for these two I didn’t seem to ever get any writer’s block. If anything, I had to hold myself back. I think that’s a combination of how terribly frustrated I am at our present state of political dysfunction in this county, and my utter infatuation with the concept of that saloon and all it represents. Those elements both keep fueling me with a seemingly endless array of ideas for new chapters and additional wrinkles to the story.

While both are what I would describe as fun novels, each one also coveys a serious message about our present state of political dysfunction and polarization in the United States. And, unfortunately, those themes today are just as urgent as they were five years ago when I began working on the first one. 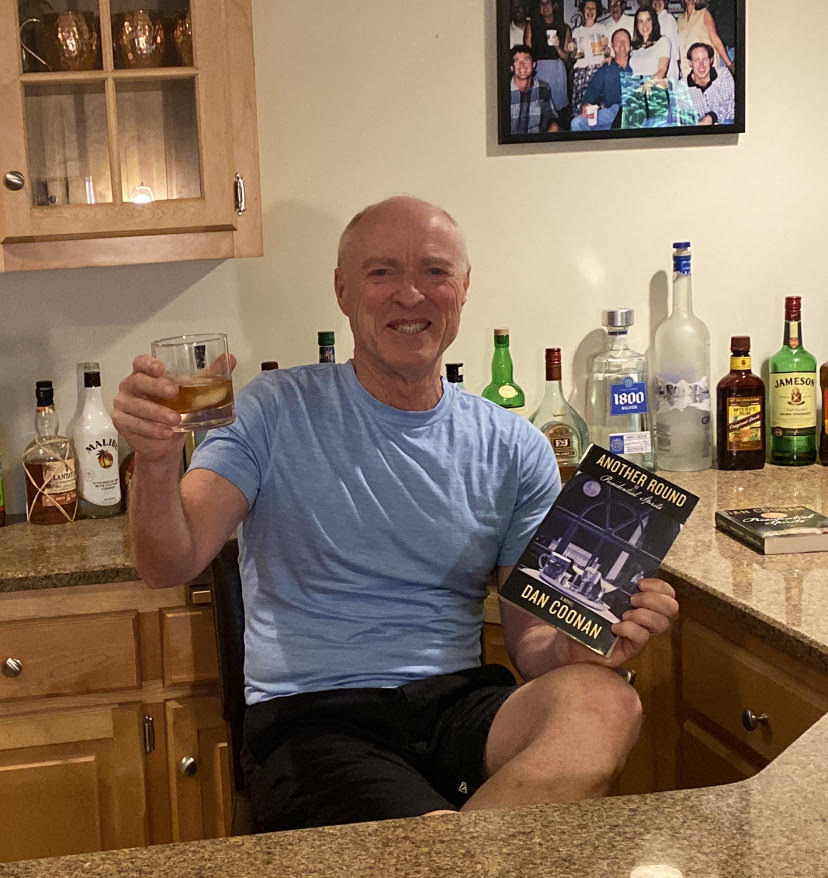 In my bar at the house raising a glass as I let the world know there is a new book coming.

In the end, this one, like the first, is a love letter to America. And a wakeup call. I know it qualifies as the former. If it can play even the tiniest role as the latter as well, I’ll be thrilled.